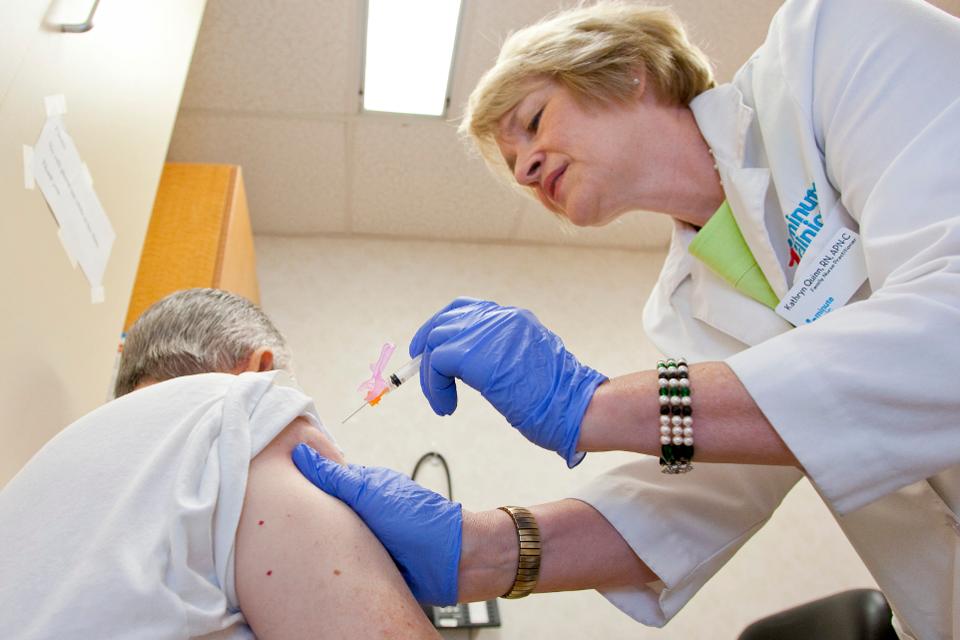 Nurse practitioners are more in demand than all but two categories of physicians as large health providers like UnitedHealth Group’s Optum, CVS Health and insurers work with retailers to reach patients in their communities.

Only family physicians and psychiatrists are more in demand than nurse practitioners , according to the 2018 snapshot into the U.S. healthcare workforce from MerrittHawkins, a subsidiary of AMN Healthcare. The report, released Tuesday by physician staffing firm MerrittHawkins and its parent AMN Healthcare, tracks the more than 3,000 physician and advanced practitioner recruiting assignments the firm conducted from April 1, 2017 to March 31, 2018.

“The use of NPs and PAs is taking off, mostly as a way to staff growth areas like urgent care centers and other sites catering to consumer convenience,” Merritt executive vice president Travis Singleton said of nurse practitioners and physician assistants.

For the 12th consecutive year, the family doctor was the most highly recruited doctor,followed by psychiatrists amid a nationwide shortage of behavioral specialists and mental health professionals generally. Nurse Practitioners jumped to third on the Merritt list, moving ahead of internists for the first time on Merritt’s “Top 20 Most Requested Searches by Medical Specialty.”

The trend comes as retailers like CVS Health, Walmart and Walgreens Boots Alliance form closer ties with health insurance companies that increasingly consider retail locations as a place to get healthcare services. Though some of these retailers and insurers are partnering to build their own urgent care centers staffed by physicians, they deem nurse practitioners and physician assistants as integral to the coming push toward value-based care and population health. The value-based approach encourages patients to get more care upfront where it’s less expensive with reimbursement based on quality and better outcomes.

CVS Health is spending $69 billion to buy Aetna, the nation’s third-largest health insurer and has said its more than 1,100 retail clinics staffed by nurse practitioners are going to be even more important to the more than 20 million health plan enrollees in Aetna insurance products. Meanwhile, Walgreens has a pilot project with UnitedHealth’s Optum that attaches MedExpress urgent care centers next to Walgreens pharmacies. And Walmart is in discussions with Humana to expand its relationship beyond sales of drug plans and into more retail healthcare services insider Walmart stores.

The Merritt report on staffing comes in the wake of a study in the June issue of the journal Health Affairs that shows nurse practitioners now account for 1 in 4 medical care providers in U.S. rural practices—a "significant" 43.2% increase from 2008 to 2016. “Rural practices in states with full scopes of practice generally had the highest percentages of practices with NPs, increasing from 35.0% to 45.5%,” the study’s authors wrote. The number of nurse practitioners has nearly doubled to more than 234,000 from 120,000 in 2007, according to the American Association of Nurse Practitioners (AANP).

For more information oRead This Article on Forbes.comn healthcare, read Bruce Japsen's book, Inside Obamacare: From Barack And Michelle To The Affordable Care Act.

Please fill in the form below to subscribe to our blog